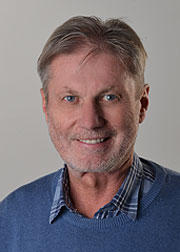 Zdenek Merta ranks among highly respected composers and producers in CR. He studied organ and conducting at the Prague Conservatory and later on composition at the Music Faculty at the Academy of Performing Arts (AMU) in Prague.

He wrote hundreds of songs, a variety of film and TV scores, two ballets, and several symphonic compositions.

More recently he has been concentrating on theatrical productions and wrote two operas and a number of successful musicals. Among his best known pieces are: musical DREAMS (of Midsummer Nights), scenic oratorio Bastard - presented in National Theatre in Prague, Babylon, The World of Angels and the most recent family musical The Magic Garden and a light opera Ferdinand. His ballet Casanova has been on stage for already ten years in Laterna Magika in Prague. The opera La Roulette was on stage in the State Opera in Prague. His most recent composition is a symphonic fantasia The Last Century (From the Old World).

He also gained reputation as a producer of his last pieces as well as of Bernstein`s Mass at the Prague Castle.

He also works as a professor at Prague Conservatory and teaches the courses of composition.