A neoromantic comedy Cyrano De Bergerac by Edmond Rostand has become one of the most frequently performed plays of the world repertory on Czech stages in more than a hundred years since its origin, particularly thanks to the first excellent translation by Jaroslav Vrchlický. The presentation of the Brno Municipal Theatre also comes out of Vrchlický’s translation. The authors of the adaptation, Stanislav Moša and Jaromír Vavroš, preserved the translation but adapted the archaic parts which lost their capability of communication during the century. A great number of outstanding actors performed the title role in the past (the famous B. C. Coquelin in the Paris premiere, of Czech actors Eduard Vojan, Karel Höger, Otomar Krejča, and lately, Viktor Preiss and Jaromír Hanzlík should be mentioned). However, the director Stanislav Moša has broken a stereotyped assigning the title role to ageing performers – all three heroes (Cyrano, Roxana and Christian) in the mise-en-scene performed by the Brno Municipal Theatre are young, which increases the impressiveness of the story of unaccomplished love of a bragging poet and fighter, romantic hero Cyrano De Bergerac. 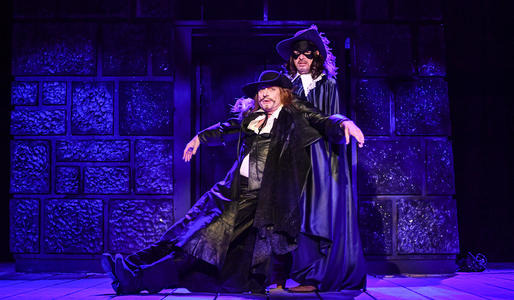 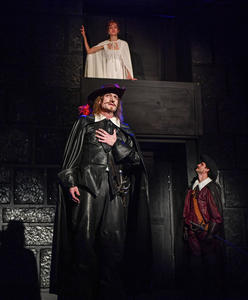 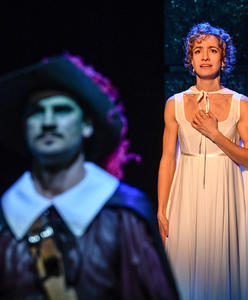 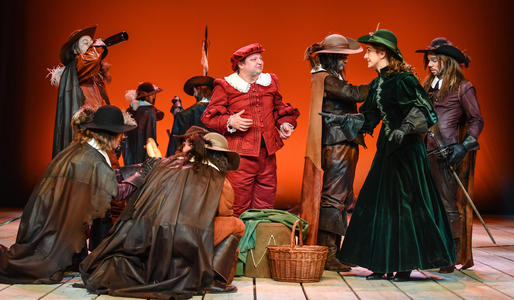 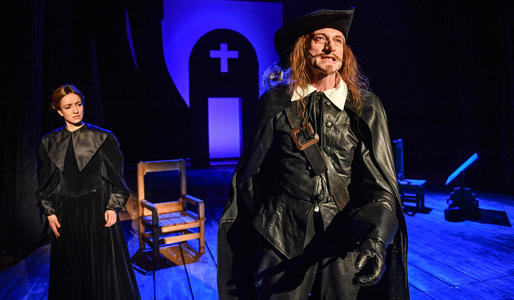 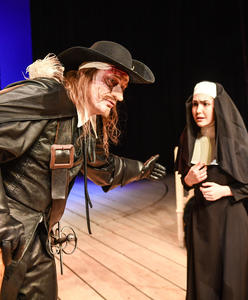 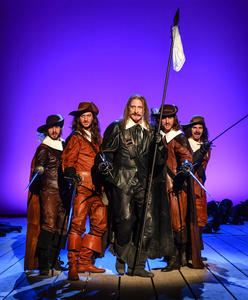 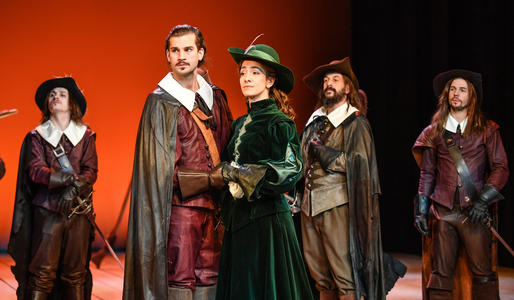 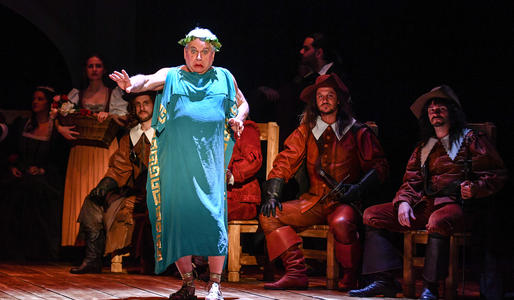 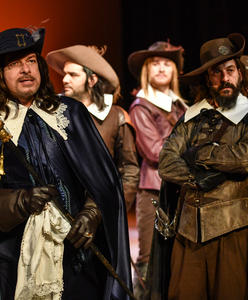 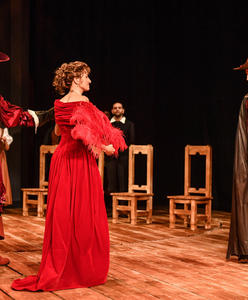 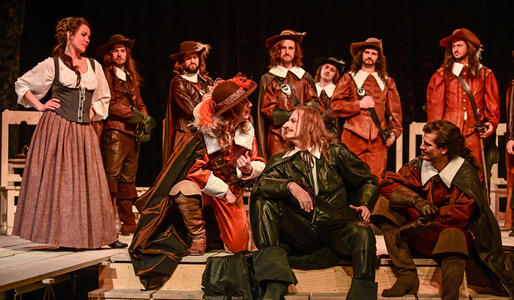