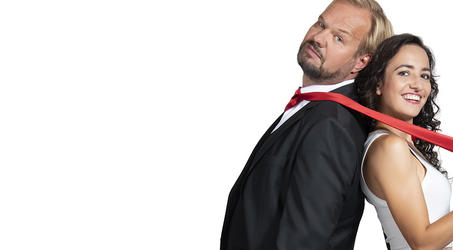 A pretty, nice and clever girl from a very poor family meets a rich, charming but somewhat snobbish man. Although they are divided by enormous social differences, they fall in love and change one another. Although that may seem like a summary of Cinderella, this is actually a modern story that is just as popular and well-known. What perhaps needs to be added is that the main characters in this romance are called Vivian and Edward, that she is a prostitute and he a businessman, and that it will bring back memories of a certain 1990 film starring Julia Roberts and Richard Gere. Garry Marshall´s American comedy movie is, without a doubt, one of the most popular films of the 1990s, even though it was made at the very beginning of that decade. With a budget of 14 million dollars and earnings of 463 million, it was also a serious blockbuster, and it not only brought Julia Roberts a Golden Globe, but also kicked off her career as a movie star.

In 2014, screenwriter J.F. Lawton decided, together with the director, Marshall, to adapt the popular story for the stage. Even though Marshall died during the preparations, the producers continued with the work, convinced that Garry would have wanted it that way. They wanted to make a musical, so they approached Bryan Adams and Jim Vallance and had them write music and songs for it. These musicians were chosen due to the high profile they enjoyed in the 1990s where the story is deeply rooted, and they do a great job of conjuring up the atmosphere of those years. The musical version of Pretty Woman had its premiere in Chicago in 2018, from where it quickly moved to Broadway, and its London premiere was prepared for the spring of 2020. It is fantastic that we can also offer our audience this new production so quickly, as a Czech premiere directed by Stanislav Moša!

The director of the theatre and also of this production, Stanislav Moša, has an unbelievable talent for choosing attractive shows to put on, and this one is no exception. The Music Theatre was packed with theatregoers with covered faces – not a free seat to be seen in the house. Watching a performance with a face mask on isn’t at all comfortable, but the well-behaved visitors obeyed the rules to the letter. (…) At the first premiere in the main role of Vivien we could see Svetlana Janotová, who is gradually returning to the stage after time away on maternity leave. In terms of acting, singing and performing in general, she was an excellent partner for the experienced Edward, who was played by the always well-prepared and sufficiently dignified Petr Štěpán. If we’re talking about the main characters, we should also mention Kristýna Daňhelová as the prostitute Kit, and that’s basically all of the exceptionally well portrayed key characters from the story. Yes, we should also remember the free-flowing character of Happyman (Robert Jícha), who functions as a guide throughout the story. Right now Brno City Theatre’s Music Theatre is showing a musical performed at a breakneck pace and a high professional level. It’s worth a look.

This fairy-tale floozy did not disappoint on the Brno stage

Brno City Theatre now has yet another sure-fire musical hit on its hands. (…) The thirty-year-old film about the poor prostitute Vivien, who enchants and humanises the wealthy businessman Edward, who in turn drags her out of her life of poverty, works as well today as it did all those years ago. The production is perfectly professional, and Brno City Theatre’s Music Theatre makes use of everything that works in the film (including most of the scenes and costumes), so it’s one big fairy-tale extravaganza.

The almost frenetically enthusiastic crowd at the premiere of this not-particularly-deep but extremely comforting tale loved the show to bits, and it would be ill-mannered to suggest that their positive response was undeserved. At the premiere, Vivian (Světlana Janotová) and Edward (Petr Štěpán) demonstrated that they remain totally dependable veterans of the Brno musical scene. In addition, particularly lively performances were given by Kristýna Daňhelová in the popular role of the more experienced prostitute Kit and the fully loosened-up Robert Jícha in the multifarious role of the fate-weaver that moves the story onward. However, there was nothing disappointing here, with a great showing made by the other actors and the orchestra.(…)

After a year, Pretty Woman also shines in Brno

Yesterday, the Brno City Theatre audience got to enjoy the Czech premiere of the Broadway musical hit Pretty Woman. Stanislav Moša directed this theatre adaptation of the movie hit in a way that emphasises its high points. Spectators were kept laughing and royally entertained by this modern-day Cinderella tale all the way up to the break, while in the second half the emotional and lyrical side of the show came to the fore. (…)

The director of the Brno production and Brno City Theatre itself, Stanislav Moša, who actually took the opportunity to see the show by the authors Garry Marshall, Jonathan Frederick Lawton, Bryan Adams and Jim Vallance in Chicago, has prepared a fast-paced three-hour production which alternates between moving and laughter-inducing moments. With this show you can’t count on surprising the audience, who know the whole love story inside out, and have had three decades to learn their favourite parts of the script word-for-word. With this production the viewer must be knocked off their feet by the quality of the performance: fantastically played and sung music, and displays of elite musical acting skills. And this exactly what the Brno production in 1990 retro style has to offer.

There is little to criticise about the music directed by Dan Kalousek, who also conducted the premiere. All the songs have a nineties feel, and Brian Adams’ work is accessible, easy to listen to and doesn’t steal the limelight from the actors. Generally, the genres heard are pop and rock, with occasional flashes of jazz and classical opera, which may be a pleasant surprise for some viewers. At one point these seemingly out-of-place genres actually take centre stage. It should perhaps be mentioned that the key melody from the film isn’t played during the performance, though there is a small hint of it halfway through. However, spectators won’t miss out on Pretty Woman – the whole song will be heard at the end during the curtain call, as the authors stipulated. (…)

There are alternate actors for most of the roles; the cast for the first premiere featured Svetlana Janotová and Petr Štěpán as the main protagonists. It’s good to see that they don’t try to imitate their more famous American colleagues from the films. Janotová knows how to tell a joke in her role as a prostitute without crossing the line of good taste, and when it comes to singing, her solo numbers with protracted endings are a feast for the ears. In the production she has a well-balanced part that sees her develop from a cheeky street girl into a graceful swan who finds her pride, spirit and worth, and in the end also a husband. The latter is played with bravura by Petr Štěpán, about whose performance one can appreciate that he doesn’t just portray a Mammon-worshipping bon vivant, but also manages his transformation into a hunk who understands the meaning and worth of love without any leaving any oversweet aftertaste.

As I’ve already said, although the show is (let’s face it) basically just a sugary tear-jerker, I was pleasantly surprised by the quality of the well-delivered comedy and humour. This was in no small part thanks to the sparkling efforts of Kristýna Daňhelová, Robert Jícha and Daniel Rymeš. This trio (who are often hard on the heels of the leading actors in terms of impact) bring excellent humour to the stage in their roles. Rymeš’s dance number with Jicha was rightly greeted by waves of laughter, and, while playing a hotel potboy, the former of the two works proficiently with gestures, facial expressions and complex dance moves. Daňhelová in the role of the sassy hooker Kit gains the favour of the audience via her exceptional, emotional acting and singing performance  She can squeeze a joke even into a small line, and throw it almost as if by accident to grateful viewers.

All these excellent individual performances are supplemented by enthusiastic group numbers and the dancing and singing of Brno City Theatre’s highly skilled ensemble, the total sum of these parts being a successful, lyrical, musical comedy which offers theatregoers everything one has the right to expect from a musical. Despite the year-long delay, Brno’s Pretty Woman has turned out very well indeed, and the theatre on Lidická Street has gained another popular, jolly and moving musical hit that is sure to have a long shelf life. 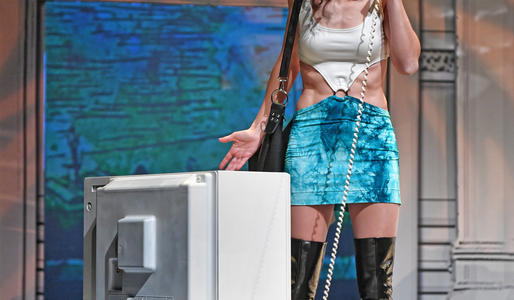 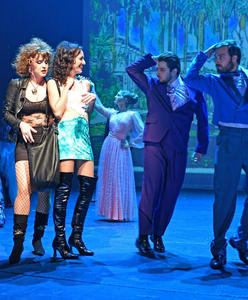 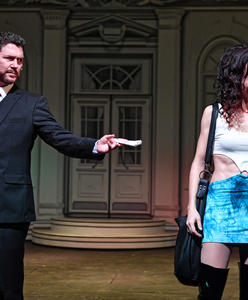 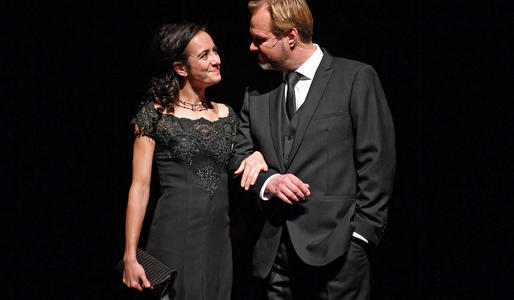 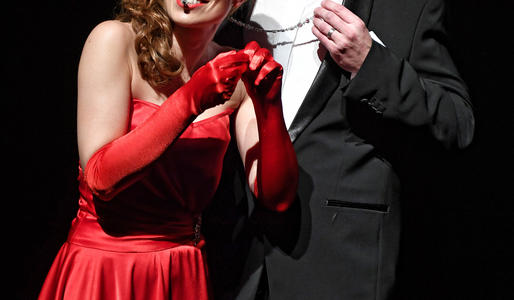 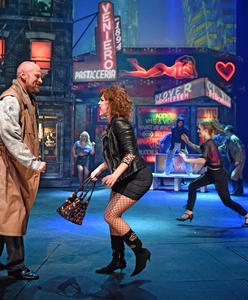 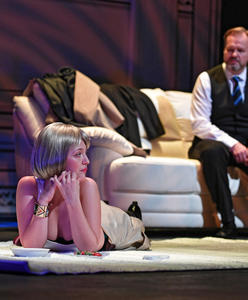 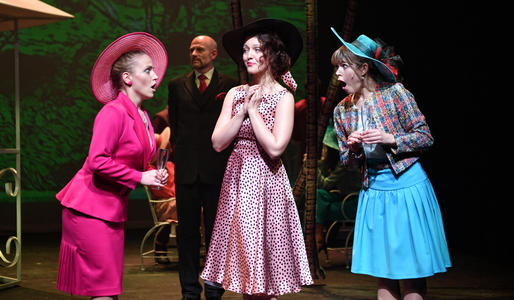 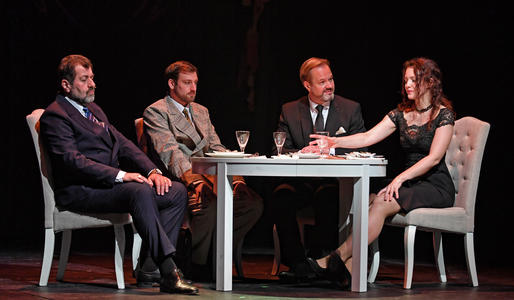 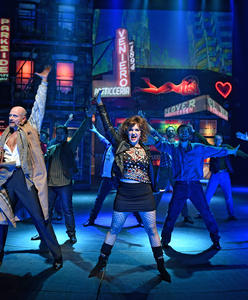 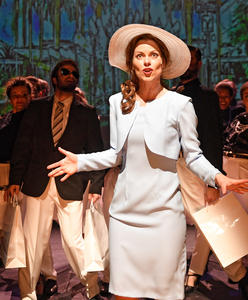 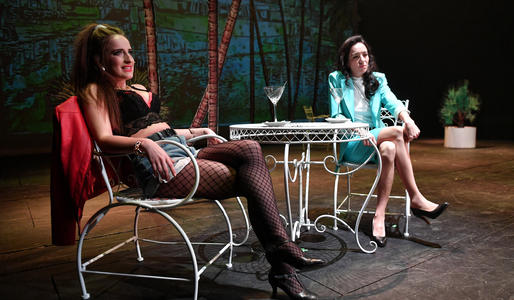